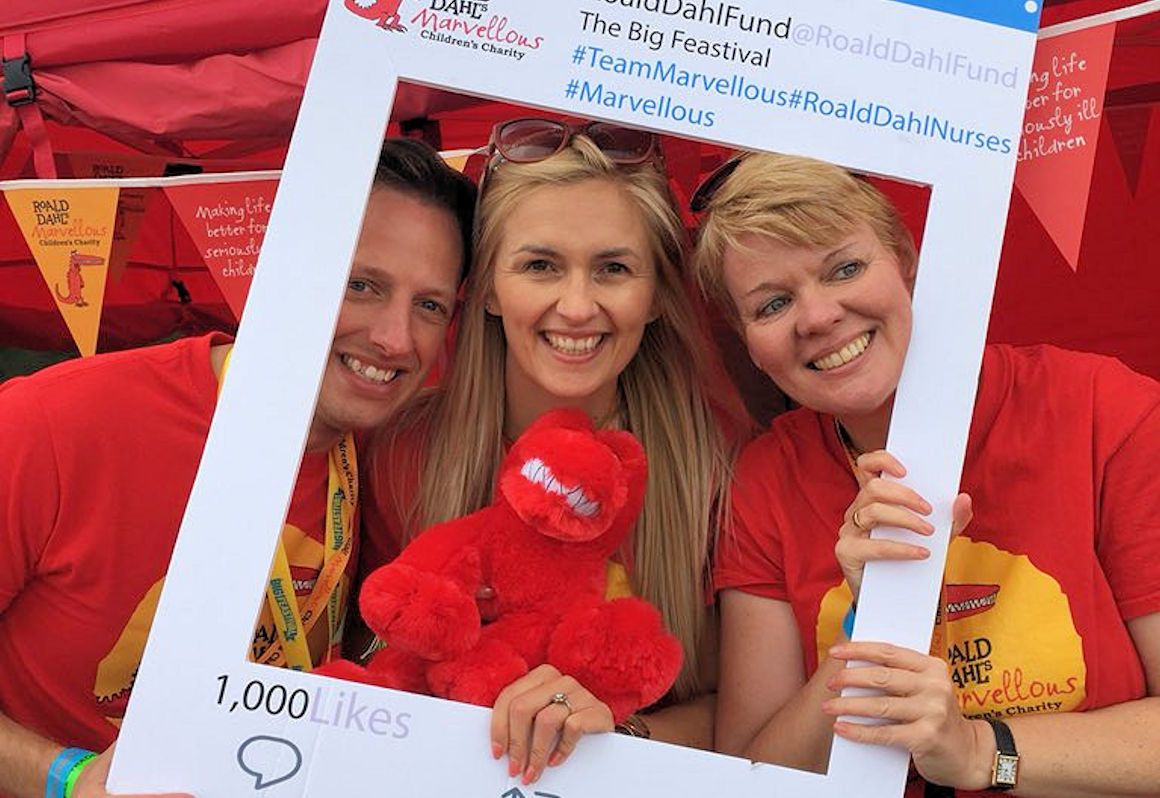 Award-winning teddy bear brand Be My Bear has teamed up with Roald Dahl's Marvellous Children's Charity for a gloriumptious partnership which aims to raise vital funds and awareness for seriously ill children across the UK.

The partnership has seen Roald Dahl's Marvellous Children's Charity mascot, 'Marvin the Marvellous Crocodile' brought to life as a lovable licensed character which will soon be added to the extensive range of build anywhere bears and animal friends currently available from Be My Bear.

Visitors to The Big Festival held on 24th - 26th August in The Cotswolds were able to catch a glimp (glimpse for those of us who don't speak Dahl's Gobblefunk language) of the new character as he became a VIP guest on the charity's stand during this weekend of family-friendly fun.

Pippa Thomas, Managing Director of Be My Bear said: "We are thrilled to be working with such a marvellous charity helping to support more than 21,000 children each year. It has been an exciting journey bringing to life one of the great Quentin Blake's characters ensuring we captured Marvin's snappy personality in our design. We anticipate whoopsy whiffling sales and a giganticus boost for the charity!"

Be My Bear's special limited edition 'Marvin the Marvellous Crocodile' character will be available to the public in early November, priced at just £20 but those who don’t want to miss out can pre-order Marvin now direct from www.bemybear.com/marvin with 10% from the sale of each Make-a-Marvin kit going to the charity. Marvin is sure to be a phizz-whizzing hit with children and adults alike, not to mention a cherished piece of Dahlesque history for collectors worldwide.

Be My Bear is the UK's original and leading retailer of fun, no-sew, build anywhere bear products which can quite literally be made anywhere. Proudly featured on television shows such as The X-Factor, The Apprentice and Hollyoaks, Be My Bear have a product for every occasion, from gifts to party packs, the choices are endless. Find out more about the amazing world of Be My Bear by visiting www.bemybear.com or calling them directly on 01492 544666.