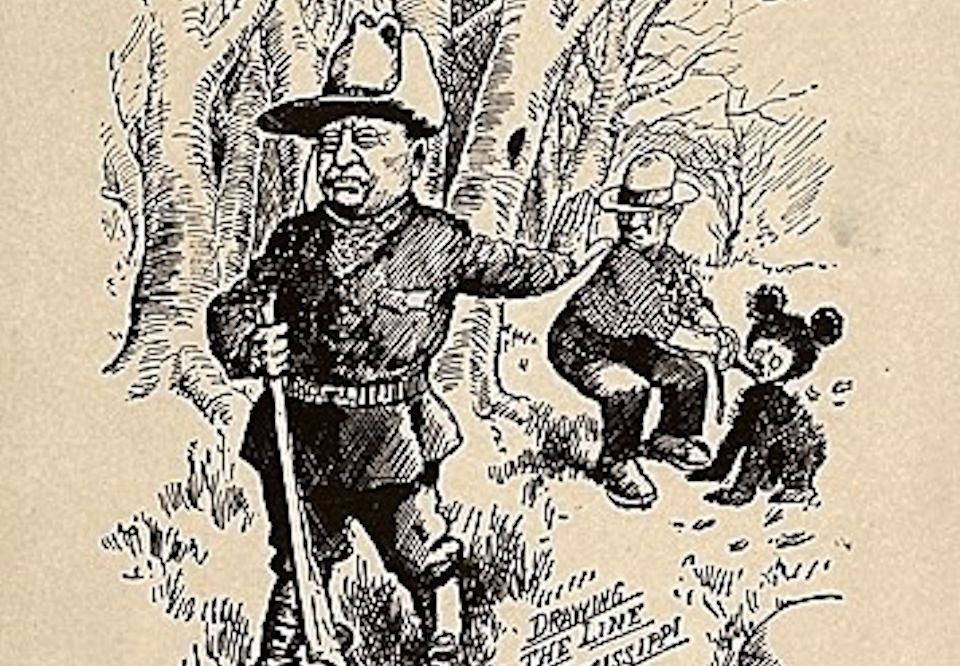 How the teddy bear got his name

Who doesn’t have a teddy bear ? Young or old I would hazard a guess that most of us have at least one, whether it’s a mascot, a keyring or a proper close up and personal cuddly bear. Many teds are there when we celebrate our rites of passage – a friend of mine even had her teddy bear with her on her wedding day as a good luck charm, although admittedly she didn’t substitute her bouquet for him ! Whether you’ve enjoyed our build a bear experience of making a teddy bear or animal for yourself or as a gift for others, or whether you have organised a teddy bear making party where every child builds a bear, you can vouch for your bear as an object of affection and love.

But do you know how the teddy bear got its name ? Well here goes … it’s from the American President Theodore Roosevelt, who was known as Teddy. It all began when Theodore Roosevelt was on a bear hunting trip near Onward, Mississippi on November 14, 1902 with the state Governor Andrew H. Longino heading up the hunting party. The other hunters had all shot a bear but Theodore had not seen a single one and so the beaters cornered a black bear which was tied to a willow tree for Roosevelt to shoot. He refused to do so considering it very unsportsmanlike and so the bear was freed. News travelled fast and newspapers covered the event. A political cartoon was published in the Washington Post lampooning the President’s refusal to shoot, with the caption “Drawing the line in Mississippi”, pictured. This in turn was seen by a sweet shop owner and his wife Morris and Rose Mitchom who also made and sold stuffed toy animals. Michtom decided to create a stuffed toy bear in Roosevelt’s honour and dedicate it to the president who refused to shoot a bear. He called it 'Teddy's Bear'.After receiving Roosevelt's permission to use his name, Michtom mass produced the toy bears which were so popular that he soon founded the Ideal Toy Company and the rest as they say is history….

So now you know the story, you can answer the first question in our Teddy Bear Blog Quiz !