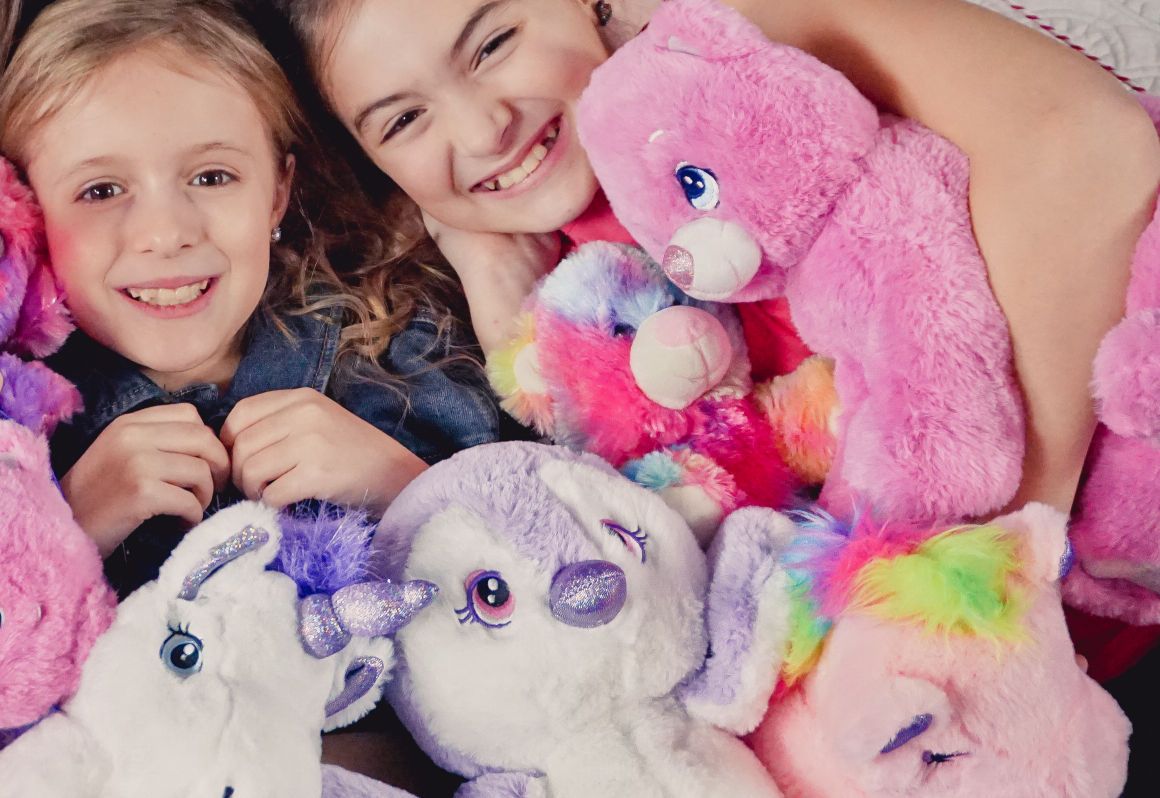 Making a Build-a-Bear party affordable with Be My Bear

It is no surprise that party planning for some parents can be a minefield full of stress and despair. So stop and take a deep breath because your next party will be easy and affordable (but it won't appear that way to anyone else but you), thanks to Be My Bear!

Teddy bear building parties are not a new concept, in fact they have been around for several years in the United Kingdom, but many people either haven't heard of them or are put off because they believe they have to travel to a particular shop (which can be a logistical nightmare depending on where you live). Finally, don't even mention the cost per child which can average between £15 and £37 per guest (that's without travel costs, food, drink and more). Thankfully, there is a little known secret in the world of Build-a-Bear birthday parties, one of the original pioneers of the format, Be My Bear based in Colwyn Bay, North Wales. Formed in 2001, Be My Bear are one of the UK's largest suppliers to independent bear making retailers, but what most people don't realise is that Be My Bear also sell direct to the public at truly affordable prices, thanks to their position in the market.

The cost of organising a Build-a-Bear Party

So what exactly would it cost to organise a Build-a-Bear style Birthday Party from Be My Bear this year for your child? The simple answer is as low as £6.27 per child based on one of Be My Bear's Party Packs for 10 children (which also includes deluxe carry bag and birth certificate to fill in) plus the cost of any extras you'd like to include (sweets, food etc.), this means even if you invited an average sized class of 30 children to a home based party and included food, drink, birthday cake and more, you'd still be paying a lot less than the national average cost of a child's birthday party in the UK which is £320.50 according to a recent survey. As most people wouldn't usually invite the whole class to a birthday party, you may find a Be My Bear party one of the most affordable you have ever planned!

What parents and children are saying

But what do children have to say about bear making parties, well quite simply they love them! With so much fun to be had such as including a teddy bears picnic after the bear building and even a bear hunt to find the kits in the first place, there is just so much that can be done at a bear making party. Be My Bear point out how much the parents love these parties too with amazing 5 star feedback such as "A fantastic at home party option", "so easy to do for the children" and "All the kids had a super time and thoroughly enjoyed the party". With such a large range of bears and animal friends available to order, there is an option for everyone, boy or girl, and at any age, they have even been featured on TV shows like The Apprentice and The X-Factor so Be My Bear must be doing something right! But don't take their word for it, take a look at this website and see for yourself. Also read some of the wonderful feedback over on the Be My Bear Facebook page which can be found at www.facebook.com/bemybear

As well as teddy bears for parties, Be My Bear also offer a full range of teddy bear gifts from Heartbeat Bears which are designed to be taken with you during a trip to a baby scanning clinic where you can have your baby's heartbeat recorded onto the bears sound chip, Message Bears designed for special occasions such as Valentine's Day, My Worry Friend designed to help comfort and promote communication with your child and a Tooth Fairy Friend helping to look after lost teeth before the Tooth Fairy comes to collect them! The Be My Bear site is full of special gift ideas again all at affordable prices.