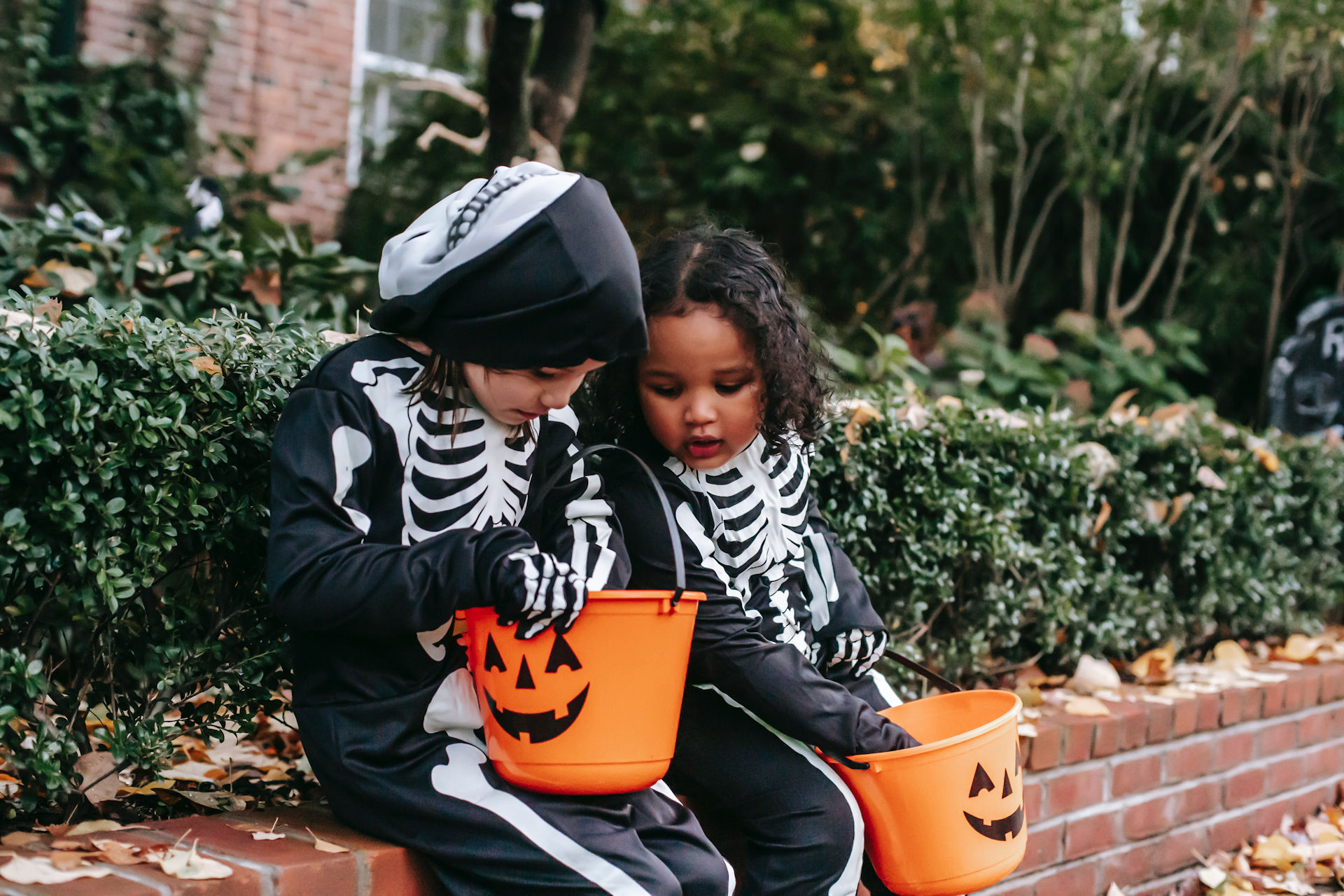 Pumpkins and cats, ghouls and ghosties

It’s that time of year when you either embrace trick or treating or bolt the door and switch off the lights! All Hallowe’en, All Hallows’ Eve, All Saints’ Eve, whatever your preferred term, October 31 is almost upon us.

Time was when children morphed into ghosts covered in sheets or mummies wrapped up in loo paper! Now Hallowe’en costumes fill the aisles of our superstores from the start of the school term in| September alongside plastic pumpkins lanterns and broom sticks. Fortunately, the tradition of pumpkin carving, one that goes back to the ancient Celts who used them to scare away spirits from their homesteads, is still with us. Some of the elaborate carvings you see would grace many an artist’s studio, others, like me, opt for a basic Jack O’Lantern and then turn the innards into soup!

Hallowe’en originated with the ancient Celtic festival of Samhain when people would light bonfires and wear costumes to keep the ghosts at bay. They celebrated their new year on November 1 marking the end of the summer and the harvest and the beginning of the cold dark winter, a time traditionally associated with death. The ancients believed the ghosts of the dead returned to earth the night before the celebrations of Samhain so they donned masks to prevent the spirits recognising them and left food and wine to pacify them. The Celtic priests (Druids) built sacred bonfires burning crops and animals as a sacrifice, watched by their devotees wearing costumes made from animal heads and skins. Once the celebrations were over, they re-lit their earth fires from the sacred bonfires believing this would help to protect them from the dark winter to come.

During the Roman empire two festivals were incorporated into Celtic tradition, the Feralia in October commemorating the dead and Pomona Day celebrating the Roman goddess of fruit and trees whose symbol was the apple, very probably the origin of apple bobbing on Hallowe’en. In 609 AD Pope Boniface lV dedicated the Pantheon in Rome to all Christian martyrs establishing the Catholic feast of All Martyrs Day and later in the eighth century Pope Gregory lll designated November 1 as a time to include all the saints as well as martyrs. In 1000 AD the church made November 2 All Souls Day to honour the dead and incorporated some of the traditions of Samhain with costumes, bonfires and parades. The evening before was known as All Hallows eve which later became Hallowe’en evolving into a day of trick or treating, pumpkin carving, and communities dressing up and getting together to enjoy treats.

So, whether you choose to embrace the festival and spook the neighbourhood dressed as a ghoul or stay home apple bobbing and sipping pumpkin soup, you can rest assured you are following in the footsteps of the ancients who have gone before.