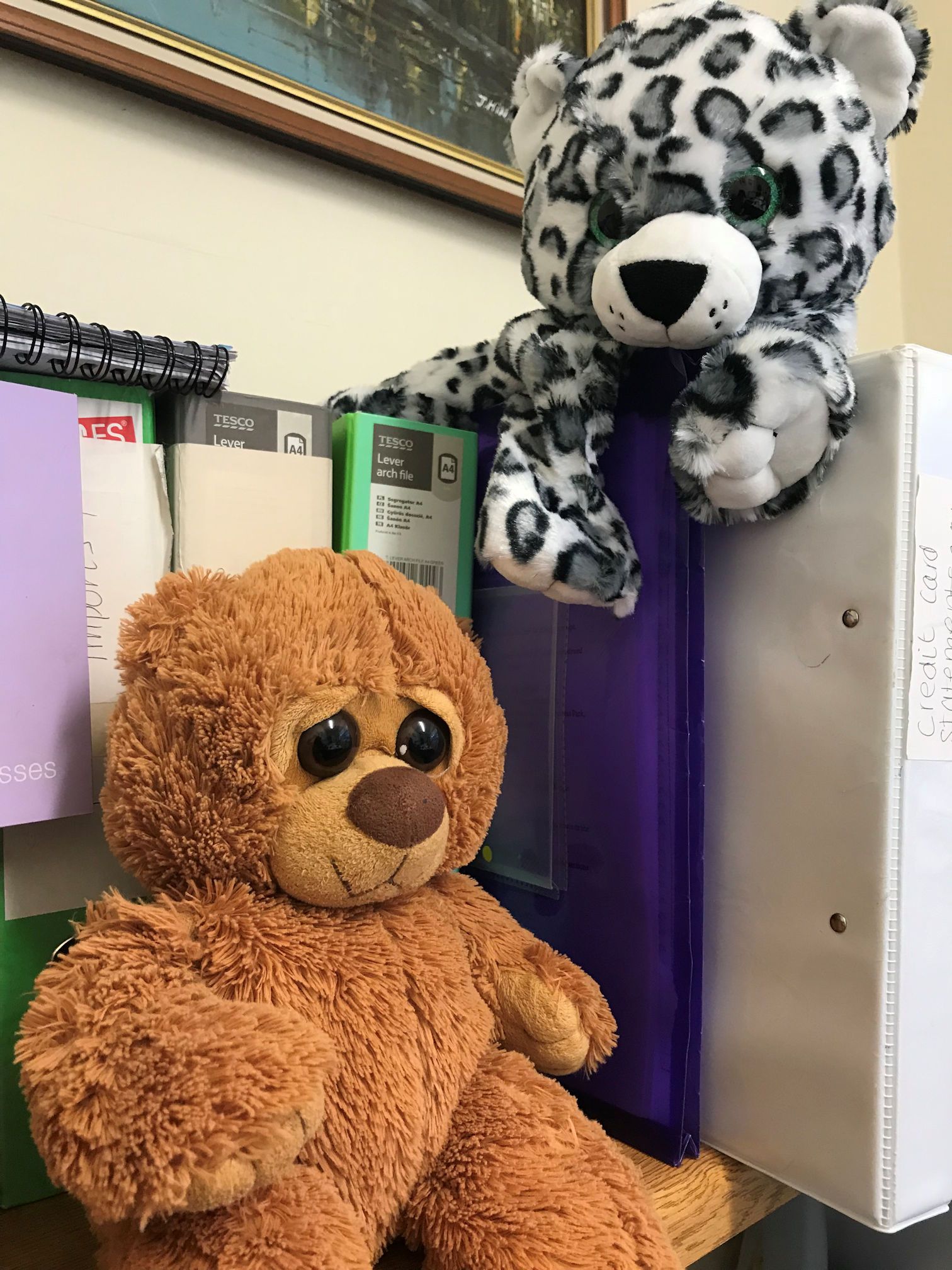 Hello again – it’s Old Spice Bear here with news from the shelf in the offices of Be My Bear. As you can see I am no longer alone and between you and I, I was initially not at all happy about sharing my shelf with a leopard.

The Bear Boss left this pussycat on a box file above me and promptly forgot about her. So now this creature looks down on me with that air of superiority only too common among fickle felines and I look up at her – it reminds me of that classic comedy sketch with John Cleese, Ronnie Barker and Ronnie Corbett satirising the British class system - emphasised by their heights - as they look up or down at each other!

Now we Bears and those Cats have paws in common but not a lot else so I thought I would show her who was boss because after all I have spent years on the shelf ! And for some young whipper-snapper who is not even stuffed and fluffed to be telling me how to behave is just not acceptable.

She took great delight in correcting me from the outset - she told me she was a Snow Leopard not a Leopard - and her family are on the list of threatened species. Well at least I can empathise with her there because I am the last of the Droopy Eyed Spice Bears – my family is extinct, whereas at least there is a chance of hers surviving with the efforts of conservationists in the Alpine ranges of Central and South Asia.

They are one of the world’s most elusive cats but in the last 16 years their numbers have declined by 20 per cent. They are under threat from loss of prey, climate change and poaching. She told me that you can adopt a Snow Leopard through the World Wildlife Fund which helps with the conservation programme and research into their decline.

I am feeling more kindly towards her now especially after she set me what she called a purr-fect picture poser – it’s a bit like those Spot The Ball newspaper promotions where you have to guess the position of the football which has been removed from the photograph. Except in this case it’s a case of “Spot the Snow Leopard” and the cat has not been removed from the picture – he is just camouflaged in the high, rugged terrain of the Himalayas. 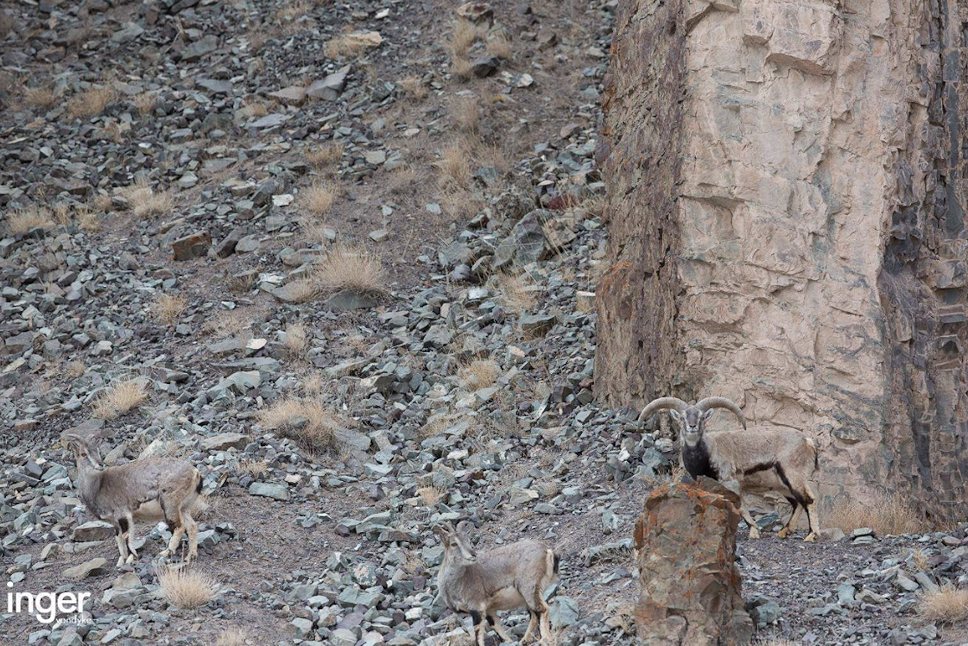 Can you spot him - she had to give me a clue (if you are still struggling I will post the answer in my next blog post).

Well it whiled away some time and I quite enjoyed the challenge – pity I had to ask her for a little assistance. If she is to be a permanent fixture on this shelf I need to reinforce my authority – so time for some straight talking, face to face – now there lies the problem …………………………as I’m down here and she’s up there !!!!