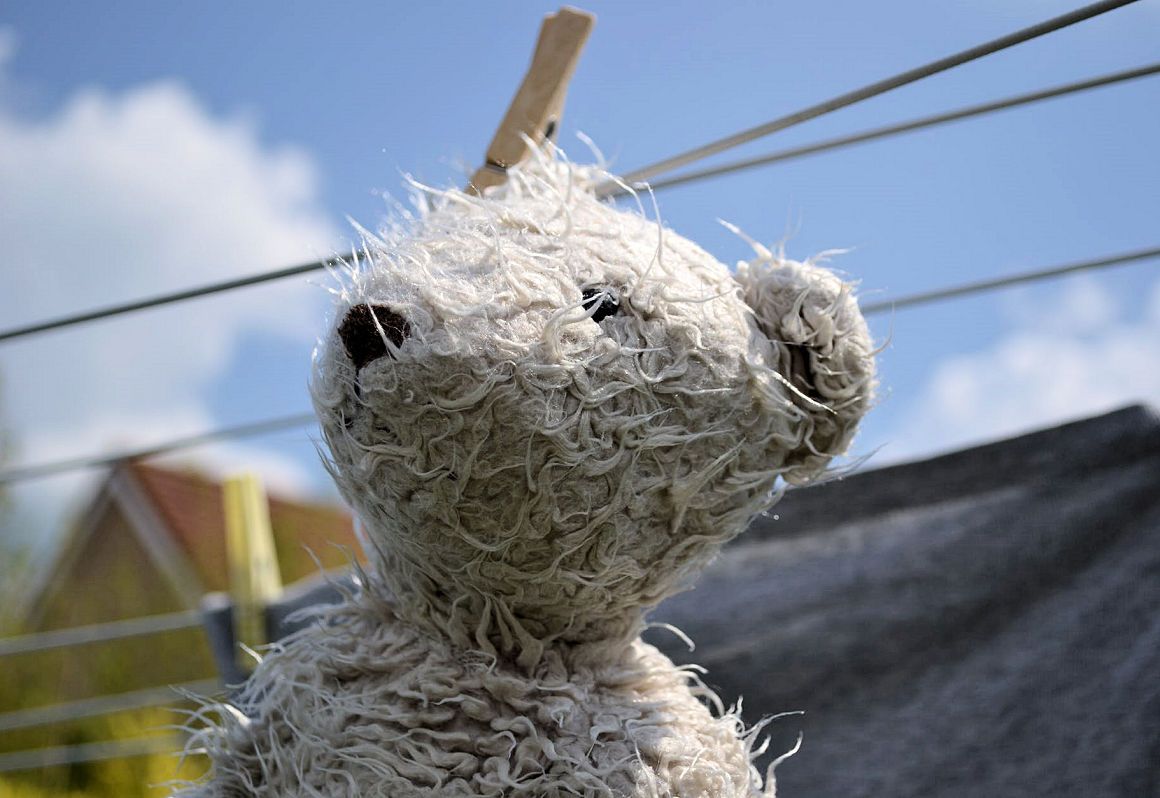 We’re never too old to go to bed with a teddy bear – and that’s official !

A recent study by Hotpoint found that a third of adults still sleep with their childhood teddy or soft toy with 15 per cent even admitting they can’t sleep without it.

My daughter, now a sophisticated 28 year old, still sleeps with her stuffed rhinocerous, a lovingly worn Black Rhino who is three years younger than her. We bought Rhino as a comforter for her in hospital where, at the tender age of three and pumped full of barbiturates, she was waiting to be strapped into a monstrous mobile brain scanner which whizzed and whirred conjuring up nightmare scenarios. It was the most traumatic experiences for us all - thankfully she grew out of the condition which necessitated such an invasive procedure. But Rhino helped her through that ordeal and for the last 25 years has been with her through thick and thin, from her teenage angst years to independence in Islington! In fact the Hotpoint poll suggested that women were the most devoted to their teds or cuddly friends with half saying they still had their teddy compared to 34 per cent of men.

We place a lot of value on tactile items and the power of touch so much so that searches for Auto Sensory Meridian Response on U-tube have doubled since 2018. Viewers watch videos of people whispering into microphones, smoothing pillows and cuddling bears to help induce sleep while Dementia UK suggests giving childhood teddies and toys to dementia sufferers to create feelings of reminiscence or affection.

Not too surprising then to learn that research by the University of Amsterdam in 2013 also found that cuddling a teddy can lower stress levels and help us come to terms with our mortality. A third of students take their ted to university – maybe they help overcome loneliness, homesickness and even hangovers – a scenario straight out of Evelyn Waugh’s novel Brideshead Revisited where teddy bear Aloysius accompanies Sebastian Flyte when he goes up to Oxford. In the 1981 TV adaptation the part of Aloysius was played by a 1907 made bear named Delicatessen owned by actor Peter Bull. Peter, who had a vast collection of teddies, was the figurehead for teddy bear collecting until his death in 1984 – he also stressed the health benefits for adults of teddy bears and increased the popularity of teddy collecting as a hobby. Waugh actually used John Betjeman the poet laureate and his childhood bear Archibald Ormsby-Gore as the basis for his characters as Betjeman took Archie to Oxford where they both failed to get a degree ! Archie accompanied him on trips on the London Underground and Betjeman is thought to have been holding him when he died.

Other arctophiles – Greek for teddy bear lovers but that’s another story ! -  include potter and cross dresser Grayson Perry who devoted an exhibition to his 55 year old bear Alan Measles and drove him round Europe in a glass shrine. The threadbare Alan played such an important role in Perry’s life helping him escape an unhappy childhood, that the artist created several metal and ceramic versions of him.  Author Michael Bond bought a bear from Selfridges for his then wife Brenda as a Christmas stocking filler and called it Paddington because they lived near the station. Soon after that he sat down and wrote a story about a real bear discovered at the railway station – and the rest is history with Bond and his ex wife sharing custody of the original bear !

Teddies take us back to our childhood days, a piece of our lives and perhaps a reminder for some of an innocent, less complicated time providing a source of comfort at all stages of life. So perhaps after all that it isn’t surprising that one other statistic which emerged from the Hotpoint poll was that one out of 10 of us would rather share a bed with our teddy than our partner…….. the rest of us just grin and bear it !!!