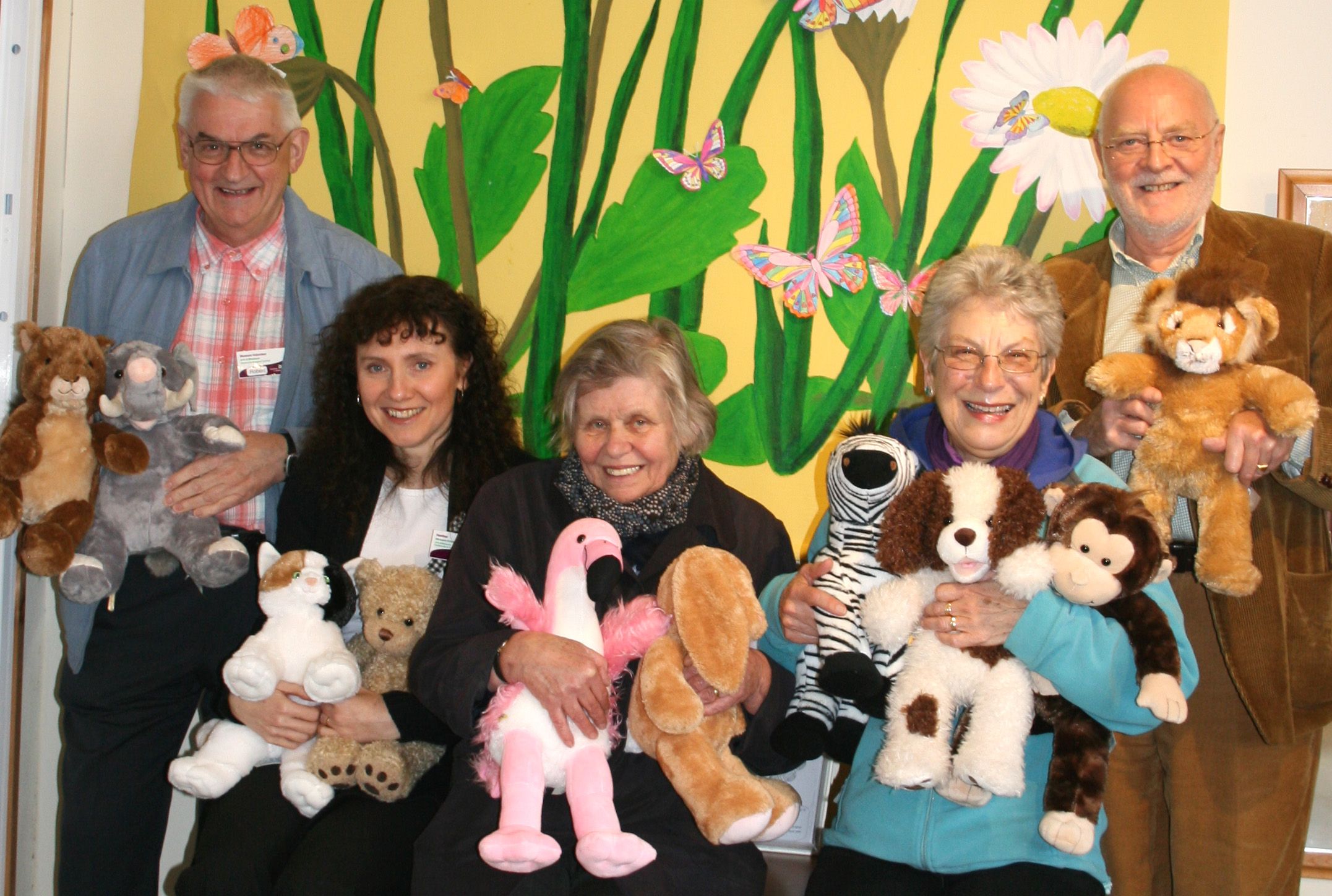 Dumfries Museum set up a Talking Toys tour in 2004 offering their youngest visitors a fun way to engage with their collections. The youngsters enjoy an adventure tour around the different areas of the museum, each of which features a toy which they are encouraged to squeeze to hear its message.

But some of the toys are losing their voices and Be My Bear has come to the rescue supplying the museum with new 20 second recordable voice boxes so they can carry on talking !

Each toy talks about its favourite exhibit in the museum and the children have to find the items on their way around the building and grounds.

One of the toys is Hippopotamus: “My name is Harold. I like the enormous bowl. It is big enough for me to swim in.” Another – a Giraffe says: “My name is Gillian. My favourite things are the big clocks. They are almost as tall as my Mum and Dad.”

They also commissioned a special toy box for the toys to live in made by a local craftsman from a tree grown on his farm. The trees were growing there at the time when Robert Burns was alive and living in Dumfries – he even visited the farm and mentioned it in one of the poems he wrote.

Following the success of the Talking Toys at Dumfries Museum a similar tour was launched at Annan Museum in 2013 and the voices for these toys were again recorded by staff and volunteers at the museum. Some of the volunteers apparently took their role very serious and got “into character” for their toy – so much so that they had to tone down the tiger as he was a little too scary!